Thanks go to National Lottery Players who contributed to our Spring 2019 shows with a Community Fund Grant making the shows possible.

Thanks also go to Fife Charities Trust who contributed to our appeal in December 2018 to assist in our shows for  Care Homes in Fife. 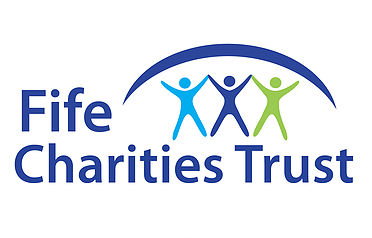 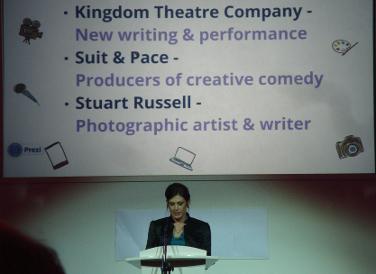 Nominated for a Create In Fife Award 2013 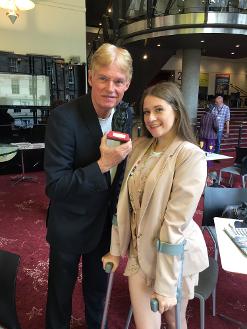 When our principal dancer Sophy Dowie (who plays Kate in the show Just Like The Movies) broke her foot at our dress rehearsal it looked like the show was doomed before the start.  By re-writing the show and adding a filmed sequence on a backdrop she was still able to perform for all shows wearing a moon boot and on crutches.  This prompted the Herald newspaper team of critics to unanimously award the Little Devil Angels Award as 'the show must go on'  It did and Sophy did not miss one show during our run.  She  has now fully recovered and has successfully returned to her dance studies and currently taking time out Down Under. 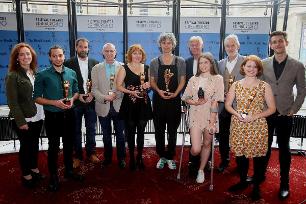 Kingdom Theatre Company was formed in 2012 with charitable aims in arts and culture by John Murray, Lorraine Brown and Tony Delicata.  We promote new writing and offer work experience with public performances to student learners throughout the year but with a concentration on the Edinburgh Fringe, the largest festival in the world. Associates joining them to realise the ambitious productions include Kieran McCrudden, Ryan Buchanan, Neil McCallum and Martin Butler bringing years of theatre experience with them.  In 2014 student Callum Farrell joined the company (and earned a college place in Glasgow) as did Lizzie Gerrie in 2015 (now graduated with HND in Technical Theatre).

In early 2017 we became a registered charity in Scotland SC047095 recruiting students seeking real work experience and tuition in theatre arts.  For 2017 we recruited 6 student dancers, 3 student actors and 4 technical students for our summer productions for training and mentoring.  In 2018 we increased the number of performances to 42 Fringe shows plus selected shows throughout the year. We had students in all areas like Jed Gillies performing, Aaron Mitchell as Tech Crew & school leaver Kera Campbell Stage Hand. In 2019 we were joined by students Amy Hallas, Michael Panarella and David Panarella

Kingdom Theatre is committed to producing ensemble work across Scotland in a variety of spaces and locations, with a special commitment to accessibility, entertainment and innovation.

We operate a cross-disciplinary, collaborative structure that allows the involvement of artists and production crew from various media at all stages of the creative process.

Kingdom Theatre  recognises the need for professionalism in business practice, an attitude embodied in the practical and artistic collaboration of producer and director.

Kingdom Theatre is committed to new writing in Scotland

Kingdom Theatre produces cross-disciplinary work which is exciting, innovative and accessible  Kingdom Theatre creates a flexible structure, enabling new work to be staged, scripts to be developed through workshops and rehearsed readings

Kingdom Theatre is committed to a policy of Equality of Opportunity

Kingdom Theatre have a suite of policies including:

Contact us to advertise or to sponsor any aspect of our work.  This can be show programme, artwork, tour or individual productions