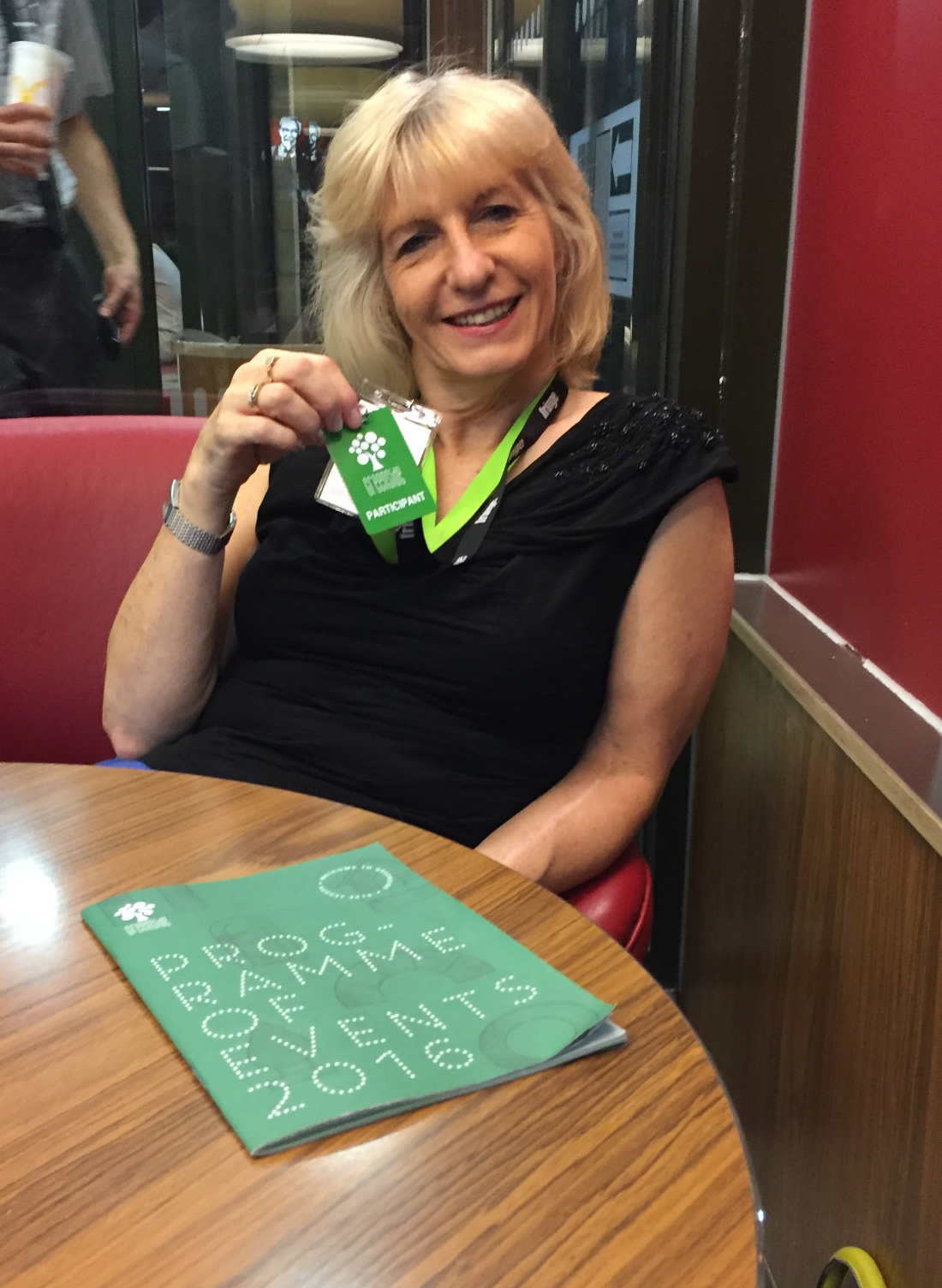 Lorraine Brown  is company CEO and manages the administration, front of house, accounts and sales aspect of the company. Lorraine has danced since the age of 4 and has studied Ballroom, Latin American, Sequence, Highland and Tap & has featured in many shows. She has been a dance instructor for 18 years and hosts monthly events as well as regular classes aimed at all levels from absolute beginner to advanced. Ranch Dance Fife also has a demonstration team who travel to a variety of local events. www.ranchdance-fife.co.uk

Lorraine is also an  award  winning choreographer in the UK and has had dances published worldwide and acts as a dance consultant to the company when required. She has  also choreographed a pop video and her latest venture is to provide dance lessons  to couples for their wedding day. Lorraine can be heard on her weekly radio show at 8pm UK time Wednesdays at www.k107.co.uk

With over 35 years service, founded Fife Council Employees’ Fife Charities Trust with  £1million raised from staff lottery and all funds going to Fife based needy causes.  Founded registered charity Kingdom Kids affiliated to Kingdom FM radio and chairs the group since 1998. Joined Leith FM as Project Manager and raised funds to realise a community licence from May 2008 then presented a weekly talk show as the station became Castle FM.  In 2012 founded k107 FM the only Ofcom licenced community radio in Fife and chairs the group.

As a lifelong Sinatra fan and seeing him play live at Ibrox in 1990 John wrote Sinatra: The Final Curtain over the summer of 2012 with performances debuting in 2013.  He then co-wrote the Dean Martin Christmas Show with Tony Delicata for Fringe 2015 which returned in 2016 along with new production Emerald Diaries with original music from John and Willie Logan.  Also premiered in 2016 was What The Funk written by himself and for 2017 Just Like The Movies again featured music from Willie Logan and this team wrote Bon The Musical about Bon Scott AC/DC. Kelty Clippie The Musical based on the classic Fife Folk song resulting in the entire run being sold out in 2018 & 2019, returning after the pandemic for 12 shows only in 2022.

Debbie Maxwell
Debbie is our background Secretary and admin person.  She will answer phones, process requests and manage correspondence.  She can even type with two hands making her the most efficient of all our associates.
Lorraine Dobie
Lorraine is our Casting Director 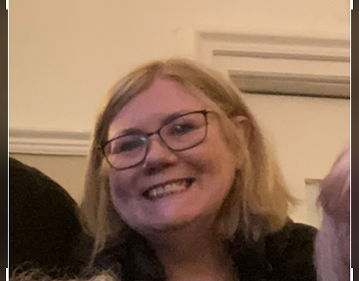 Previous associates with Kingdom Theatre Company
Laura Jordan Reed
Laura joined the company to direct Just Like The Movies in 2017 then Kelty Clippie The Musical in 2018 & 2019.  For Fringe 2019 Laura produced and directed The Drowsy Chaperone as a full production and was a total sell out. 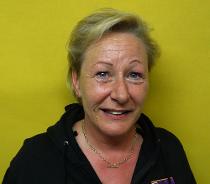 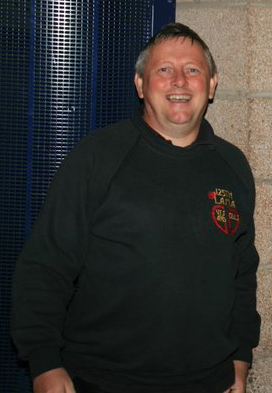 Martin’s keen interest in all things “theatre” goes back as long as he can remember. His earliest memory of performing goes back to Primary 6! He joined Glenrothes Amateur Musical Association and Leslie Amateur Dramatic Club in 1981 and remains an enthusiastic member of both to this day becoming President for GAMA. On stage he has played many principal and leading roles and (heaven help us) has even been known to dance on occasion. In 1986, he combined his professional life as a Manufacturing Engineer with his love of Theatre by joining the sage lighting manufacturer, Strand Lighting, as Senior Production Engineer where he stayed for 5 years, undertaking an number of training courses including one by the renowned lighting designer and author Francis Reid. In 1990 he joined the technical crew at Buckhaven Theatre, initially taking charge of the lighting, then moving on to working with sound and, latterly serving as Stage Manager. He “worked” at Buckhaven for 10 years lighting and stage managing many drama festivals, visiting productions and home grown productions. The highlight of each year was the pantomime which Buckhaven produced in collaboration with Fife College Theatre Arts course, which Martin oversaw from a technical capacity, taking an active role when necessary. Over the years he has stage managed many shows, musicals and plays. He also regularly serves as stage director for drama festivals at both local and national level. He continues to mix his love of performing with the deep satisfaction he gains from staging all types of shows. For 2018 he became chairman of Fife branch of SCDA. 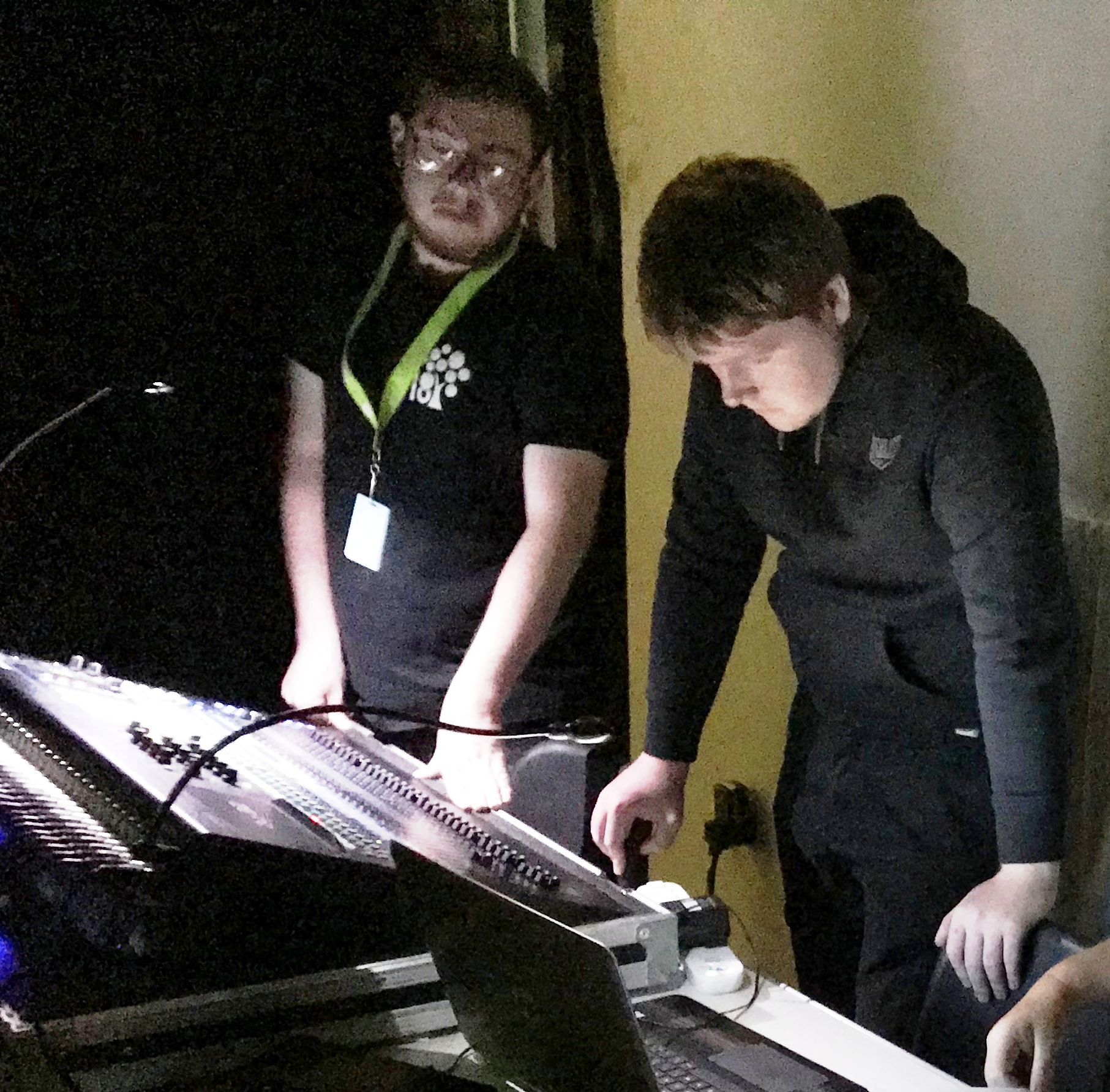 Depending on projects we have a team of technical and backstage crew who do wonders for our productions.  They include Nathan Mitchell, Jamie Keith, Neil McCallum, Martin Butler, Keira Campbell, Aaron Mitchell, Cameron Canning, Andrew Thomson, Callum Farrell & Lizzy Gerrie

Ryan Buchanan  is the Sound Designer and when he is not mixing sound for us he freelances everywhere else.  He was a production assistant at BBC Scotland and has previously worked for Edinburgh Tattoo and various touring and West End and Fringe productions. From his first opportunity with Leith Festival, Ryan has worked across Edinburgh's Festivals as a sound engineer and moving into Lighting at times. He trained at SSR Manchester after being awarded 'The Charlie Jones Scholarship' and continued to develop his sound engineering skills. He has worked in many Edinburgh venues such as 'The Kings Theatre' and 'Edinburgh Festival Theatre' as well as Fringe Festival Venues.  For 2016 he worked as producer on the new series of Top Gear for BBC1 then became fully involved with several Edinburgh productions in August before setting up his own freelance photography business becoming Official Photographer for the Edinburgh International Festival 2018 & 2019. Kieran McCruden is our Set Designer and Graphics Artist,  works as a Production Designer and freelance Set Builder and Prop Maker with experience in designing and building set and props for musical theatre, drama, puppetry and film.  He graduated from Gray’s School of Art in 2009 where he developed a fascination with the design and production of sets and props for performance. With a wide-range of design and construction skills Kieran quickly went onto work as Assistant Designer at the English Theatre Berlin on their production of D.C. Jackson’s ‘My Romantic History’ before joining Leith Community Theatre in Edinburgh as resident Stage Designer. Now with a number of credits under his belt, including ‘Grit’ for Fringe First Award-winning company Tortoise in a Nutshell, Kieran  is now resident at Pitlochry Theatre